Arpan Sharma is the memory king of world in 2020. He has  kept record of 83 words in one   second. The program was organized by  Guiness World Records  in 2020. He is from Jhapa , Nepal. He won the  world record title “Memory King ” .

Arpan Sharma Kattel has posted in his official facebook page stating his happiness of winning his title back again in 2020.

Below is the table of the personality who owned back to back memory king title in the world.

Arpan Sharma is successful in retaining his title back in 2020 again. In 2015 he won the memory king of the world .

After it, he was preparing for the bigger title than he kept in 2015. Now back in 2020 he broke his opponents record as well as his own record of 2015 , memorising 83 words successfully.

Another personality, Bijay Shahi who is newly recorded as the Largest “Memory Power” by CHAMPIONS Book of the WORLD RECORDS organized at Annapurna Hotel Kathmandu .  He is from Kalikot a remote district of Nepal.

Champions Book Of the world Records stated Bijaya Shahi Congratulating him in their website. The photo is taken with  Guiness world record holder in longest speaking in televison , Ravi Lammichhane , the popular news reporter , journalist of Nepal. 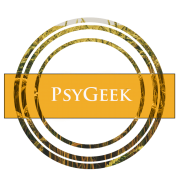 By PsyGeek
Back to top button
Close
Close